1990: the birth of the Torre Arcobaleno (Rainbow Tower)

The Torre Arcobaleno was created in 1990.
Before then, the structure had been only an old grey concrete water tower, erected in 1964 within the railway station grounds of Porta Garibaldi.
For the Soccer World Cup staged in Italy in 1990, Milan decided to save the artefact from degradation, with the aim of promoting a new attitude of care and pride in favour of its ur-ban heritage.
Urban renewal, which also included the recovery of an old railway bridge located between Viale Corsica and Viale Forlanini – later named Passage to the north-east – was sponsored and promoted by the Sports and Recreation Department of the Milan City Council and by the State Railways.

The project, entrusted to the Milan firm Original Designer 6R5 – made up of Francesco Roggero, Bruno Rossio, Giuseppe Bossi and Albino Pozzi – was made possible thanks to the support of Marazzi Ceramiche, which supplied the ceramic material and specialist consultancy to overcome technical problems, Mapei for the supply of installation materials and finally Tampini, a company operating in the floor and wall covering marketing field.

The tower and the urban context

The job immediately took on a symbolic value: the transformation from grey and worn in-frastructure to a recognizable urban landmark and a fundamental city landmark.
Today, the Torre Arcobaleno continues to stand out in terms of its bright polychrome ce-ramic covering, a major distinguishing feature of this important office building in the Porta Garibaldi district, and represents a colourful tribute to Milan design creativity.
Similarly, the restructuring of the railway bridge saw a rigid and cold structure turn into a colourful and welcoming entrance to the city for the visitor arriving from the east – for ex-ample from Linate airport.

Before being renovated, the old tower, 35 metres high with over 1000 metres of surface area, appeared like a grey concrete giant with conspicuous missing pieces on the out-side; over the years, the limestone had formed a deposit causing the oxidation of the iron reinforcements and the concrete to crumble.

The idea behind the project was to highlight the structure of the tower, a circular and con-cave shape, divided into twenty-two faces interrupted by an equal number of ribs in relief.

Careful restoration of the tower walls and ribs was thus begun, with strengthening and waterproofing of surfaces, the reconstruction of the detached parts and the painting of the connecting parts using Mapei products.

The coloured ceramic covering was achieved using 10×10 cm Marazzi tiles, which proved perfect for easily following the circular surfaces with tight radii and especially for highlighting the concave shape of the tower.
The twenty-two faces, covered with single-fired tiles for outdoor use in 14 different col-ours, thus formed 22 wedges designed so as to enhance the original structure.
The ceramic material was particularly suitable for the purpose, both due to its “natural” characteristics and its resistance to atmospheric agents and pollutants, and to the visual impact of its infinite chromatic variations. Finally, the alternation of shiny external ceramic surfaces and those made up of rough “cotto” provided tactile sensations of great appeal.

After the phases of restoration and coating, the job ended with the construction of the out-door lighting system and the recovery of the entrance space.

Milan therefore seized the favourable opportunity offered by the Soccer World Cup and put in place, with amazing effects, a real renewal of spaces with focus on aesthetic upgrading.

With these words, in fact, in the Corriere della Sera, Francesco Roggero defined the per-spective of the operation as: “A young and new Milan, true mirror of the world capital of design and fashion, is what we hope for and the philosophy of the project lies in the aes-thetic need for the renovation of old structures and old concepts regarding how to live ur-ban space. ”

Thanks to the careful and coordinated endeavours of skilled professionals, Milan offered its citizens a harmonic work, defined by all the beauty city architects and designers were capable of producing.

At Expo 2015, those same professionals were back in action restoring to the mosaic cov-ered tower its spectacular visual impact and its character of 14-colour symbol of the desire to recover and colour other parts of the city. 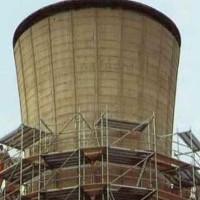 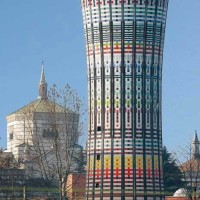 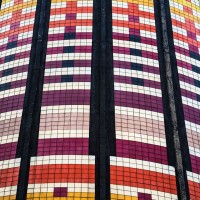 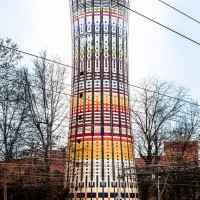 Cookie policy
We are using cookies to give you the best experience on our site. Cookies are files stored in your browser and are used by most websites to help personalise your web experience. By continuing to use our website without changing the settings, you are agreeing to our use of cookies.OkRead more